Ramadan is a religious period of time that tests the strength, determination and goodwill of Muslim men and women all over the land. Mortal souls that follow the religion of Islam  put themselves through the ultimate endurance test by abstaining from food, drink and intimate contact during the hours of daylight.

The rays of the hot sun beat down on their tired bodies making their brows drip fiercely with sweat as they try to go about the mundane routines of day to day living.  Their dry throats desperately need a glass of ice -cold water and they try to ignore the growling hunger pains that are lingering in their empty bellies.

They do not give into the temptation of pleasure for the body until the sun disappears and the skies are dark. Their minds are focused on pure thoughts, self-discipline and empathy for those in poverty who have no choice but to live like this,  every day of their lives. 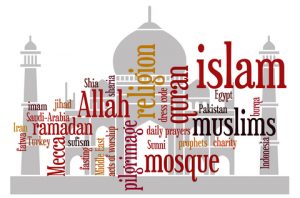 The Turks are not vocal about their choice to fast. They complete it with dignity and a silence that builds a wall around them, keeping them safe from impure thoughts, words and actions. To gain an understanding of this practice that is accused by some of being outdated and unhealthy, you would have to wake before the hours of dawn or live with someone who views Ramadan as his opportunity to get closer to the Almighty.

It is actually known as Ramazan in Turkey but that makes little difference as to what happens in one of the most important events in the Islamic calendar.

Ramadan and Fasting: The Dilemma

Ramadan is not a set calendar date. It comes early every year by ten days. The result is that recently, it has fallen within one of the hottest months of the year. In the coastal resorts, many Turks work in restaurants and this is one of the busiest months when they will cater for hundreds of hungry tourists that are eager to consume English breakfasts, hamburgers for lunch and juicy steaks for dinner.

This is not the winter months when the hours of daylight are shorter and very few tourists trickle through the door of the restaurant. This is different, the stakes are higher and the goal posts have moved.

Workers have the choice to abstain, offering money to charities instead as a penance for not completing the fast. However most will attempt to fast,  because they have done it every year since  the transformation from a boy to a man, or a girl to a woman. The ability to undergo this test of strength is firmly ingrained into their characters and lifestyle.

The Side Effects  of Fasting

I love people-watching and can spot instantly when the side effects of fasting start to take place. Fatigue is one of them and this in turn lead to bad moods and long periods of silence.  Next comes the bad vreath.  After spending eleven years in Turkey, I can normally spot someone who is fasting after speaking a couple of words with them because 99.9% of the time they will have bad breath.

What can you do?

Nothing, it is more polite just to ignore it.

Not all Turks will spend the month fasting. It is a personal decision which sees no consequences if they don’t.  Over the years though, I have noticed that some Turks who are not fasting seem to be more vocal about Ramadan  than the Turks that simply want to keep their heads down and complete this period of reflection without drama.

One close Turkish friend who is an atheist decided to launch unexpectedly into a  serious ranting and raving session about the stupidity of Ramadan and the damage that can be caused to people’s health.Considering that Ramadan had no effect on her life what so ever, I was rather bemused by her words and intrigued as to what had caused this sudden outburst.  I never discovered as the conversation was cut short when she overstepped the mark in order to justify her hatred of Islam.